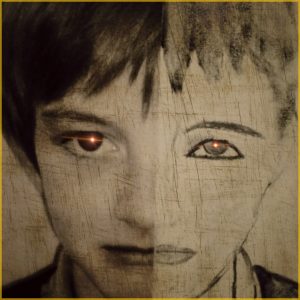 Max lives in the Scottish Borders with his wife, family,Â two cats and two dogs.

In 2008 he rediscovered a pile of notebooks in a box in a cupboard.Â  They were full ofÂ poems, drawings,Â short stories and other scribbles that he had written as a child and during his teens.Â  He decided it was time to pick up where he hadÂ left off in his teens and in 2009, compiled his first poetry collection,Â ‘Soul Whispers’, as a Christmas present forÂ his wife Lilibeth.

In 2010 he started working on his first novel, picking up some ideas from the old notebooks.Â  Over the next three years he fleshed out the storylines for a trilogy and in 2013, published the first part, ‘Angels Bleed’.Â  ‘Her Moons Denouement’ was published in 2014 and the final part of the trilogy, ‘Murder Path’ was published in 2015.

He has also published a further two poetry collections, ‘My Dark Disease’ in 2012Â and ‘The Alchemy Of Swaying Hips’ in 2014.